Mileena hardly had time to process everything before the soldiers marched her into the grass from the shade of the wall.

They found themselves unexpectedly in the middle of an odd pony race, surrounded by riders and ponies whooping with joy and neighing furiously.

Mileena recognized Kitana, her sister, as soon as she saw the first pony. She had wild eyes and had a metal bit between her teeth with her head in a leather bridle. Mileena couldn’t recall her ever having a tail like the one that was flowing from her ass now. Kitana was walking in the shape of an upside-down “V” while standing on her hands and toes. And a very tall, stunning woman was gripping the reins.

Mileena was aware that Kisaki Heretsu, which is Japanese for “Queen,” was donning the sexiest and priciest French underwear. The red satin corset that held her breasts in place was tight, and a ruby-studded crown covered her head. Although it was difficult to tell behind the heavy makeup that covered her face, Mileena felt she may be rather attractive. As Kisaki Heretsu ran around and beat her pony’s ass with a riding crop, the strap-on cock she was so proudly flaunting was buried deep into Kitana’s pussy.

Although Mileena didn’t recognize the second pony, she could see that she was behind. The pony girl collapsed on the grass as they approached close Mileena and her security, almost tossing Kingu Heretsu (which Mileena knew meant King). He was a little guy with a large round belly, completely nude except from his crown and a flowing red robe. He yelled, “Giddy up!” and poked her with his royal cock while lashing her side with his crop. However, his pony had run out of energy.

Samiko Hiraoka was the last pony to appear. When Mileena didn’t realize that Jakku Heretsu meant Prince, he pranced behind the girl while his princely cock was deep in her pussy. The girl was bouncing madly.

After witnessing Kingu Heretsu’s pony fall, Kisaki Heretsu and her son surrounded the King and Mileena with her guards while riding their own horses.

Kisaki Heretsu questioned, staring disapprovingly at the prisoner, “Who is this?”

Mileena said from between the two tattooed guys, “I am Mileena, Your Majesty.

Well, Kisaki Heretsu said. Spit in her mouth, I say!

Kingu Heretsu was shocked by the remark “But dear, she’s only a girl.” In addition, I require another pony.

Their entourage of boys and valets had caught up by this point. The pony belonging to Kingu Heretsu was untamed and had her tail pulled from her behind before being carried away.

Mileena was forced to get down on her hands and knees with the metal object wedged between her teeth. The collar was firmly fastened to her head while she groused in discomfort at the unpleasant piece in her mouth. A rubber plug was then felt being shoved into her asshole as the following sensation. Her ass strained to accommodate the intrusiveness as the pressure mounted. Mileena saw that she had a beautiful, silky tail as she peered over her shoulder.

Kingu Heretsu approached her from behind while she waited. Mileena raised her bottom in the air with a scream as he grabbed the reins from a page and pulled. 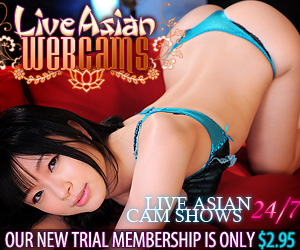 He poked her many times while lifting her tail and his belly, after which he pushed his cock into her pussy. Mileena felt the bit pulled out of her mouth and the crop slapped against her thigh after he had adjusted himself. She jumped forward agitated, and Kingu Heretsu tightly gripped the reins as they dashed in a little circle.

If everyone is fully prepared? Indignantly commenting, Kisaki Heretsu brought her crop down on Kitana’s leg with a loud crack. As soon as she could, Kitana took off, joined by the strap-on to Kisaki Heretsu. When Jakku Heretsu cried out, Samiko Hiraoka and he leaped off, each bringing his crop down on the other. Kingu Heretsu said, “Well. “Go for it!”

Mileena and her rider joined the race with a stroke of the whip. (TO BE CONTINUED…)

We use cookies on our website to give you the most relevant experience by remembering your preferences and repeat visits. By clicking “Accept”, you consent to the use of ALL the cookies.
Do not sell my personal information.
Cookie SettingsAccept
Manage consent

This website uses cookies to improve your experience while you navigate through the website. Out of these, the cookies that are categorized as necessary are stored on your browser as they are essential for the working of basic functionalities of the website. We also use third-party cookies that help us analyze and understand how you use this website. These cookies will be stored in your browser only with your consent. You also have the option to opt-out of these cookies. But opting out of some of these cookies may affect your browsing experience.
Necessary Always Enabled
Necessary cookies are absolutely essential for the website to function properly. These cookies ensure basic functionalities and security features of the website, anonymously.
Functional
Functional cookies help to perform certain functionalities like sharing the content of the website on social media platforms, collect feedbacks, and other third-party features.
Performance
Performance cookies are used to understand and analyze the key performance indexes of the website which helps in delivering a better user experience for the visitors.
Analytics
Analytical cookies are used to understand how visitors interact with the website. These cookies help provide information on metrics the number of visitors, bounce rate, traffic source, etc.
Advertisement
Advertisement cookies are used to provide visitors with relevant ads and marketing campaigns. These cookies track visitors across websites and collect information to provide customized ads.
Others
Other uncategorized cookies are those that are being analyzed and have not been classified into a category as yet.
SAVE & ACCEPT